Two Students:  Same Place – Different Attitudes
Somewhere in some city, there’s a high-achieving 8th grade male student who was born and raised in poverty.  His home life is rather challenging which requires him to endure much on a day to day basis.  Equally, his neighborhood too presents him with numerous challenges as it is plagued by an epidemic of gangs, drugs, violence and hopelessness.  Despite these challenges however, this young man is “hungry.” He loves school. He’s excited about the prospects for his future and he’s excited about the possibilities as a result of his education. Why? Because in 7th grade, after years of underachieving, apathy and excuse-making, he met a teacher who made an indelible impression on his life.  Up to this point, he was highly at-risk of failing and dropping out of school.  Through forging a relationship with this young man and reminding him every day that he is great; that he is special; that he is extraordinary; that he is somebody and that the opportunities and possibilities for his success were unlimited, his attitude about himself transformed.  He became a believer in himself.  He became “hungry” for success. He became a new student and he is now “on fire” to turn his dreams into his reality.

In that same neighborhood in some city somewhere, there’s another 8th grade male student who was also born and raised in poverty.  He too has a challenging home life which requires him to endure much as well.  He too lives in a neighborhood plagued by an epidemic of gangs, drugs, violence and hopelessness.  This young man dislikes school deeply.  He sees no way that school is a pathway to success.  He sees school as nothing more than an unnecessary burden on his life.  He has already joined a gang and has had several brushes with the law.  He’s an angry young man and much of his anger is rooted in his yearning for his absent father in his life.  Interestingly enough, up until 6th grade, he was an honor roll student consistently.  He loved school and was loved by all of his teachers, but in 7th grade, he became distracted and lost his way.  The mean streets in his neighborhood became his new best friend.

In the two scenarios I have presented here, we have two young men growing up in very similar urban environments and circumstances that a child growing up in a suburban environment will probably never have the misfortune of having to endure. What’s most relevant here is that neither of these boys’ issues had or has anything to do with achievement.  They have both demonstrated brilliance at some point in their lives.  The issue at hand is one of attitude.  Although both live in environments with similar challenges, the environment is not the determinant of whether or not they are smart or have the capacity to learn.  They have both already demonstrated their capacity to learn and excel.  The environment does however have significant influence on their attitudes toward themselves and their desire to work hard to attain success.  In other words, the first student is using the current environment as motivation to excel.  The second student has succumbed to it.

What therefore separates the two young men is not an achievement gap, but instead an attitude gap.  I am defining the attitude gap as the gap between those students who have the will to strive for academic excellence and those who do not.  In other words, both boys are challenged relative to their environment outside of school, but one is hungry for success via school while the other is not.  There is essentially a gap in attitude; not a gap in achievement. The difference between the two therefore is their attitudes.  The school’s role then is to find a way to get Student B excited about himself; excited about learning and excited about the prospects for his future. If he stands any chance for success, his attitude must change.  He has already established that he has the ability to excel, but he has to want it.

The School “Mood” and “Lifestyle”

As a principal, one of the biggest challenges that we face is motivating the unmotivated to have the desire or the will to excel.  Ultimately the student has to want it from within.  How do we make this happen.  I say that first and foremost, principals must pay close attention to the climate and culture of their schools and each individual classroom.  It is not reasonable to expect a student to come into a school with an unfavorable or even a toxic climate and culture and expect favorable and healthy results.  The school’s climate and culture must therefore be conducive to all students having an attitude of excellence.

Throughout my years as an urban principal, I maintained five key areas of focus in the form of strands toward ensuring that my school climate and culture were conducive to closing the attitude gap as follows:

What do they hear?
How often do your students hear that they are special, great or extraordinary? Far too many urban children lack consistent praise, compliments and positive reinforcement in their lives. The school is in a position to fill that void by reminding the children regularly that they are cared for, valued, liked, appreciated, respected and understood.  They cannot hear this enough from their teachers and principal.

What do they feel?
What emotions are triggered as a result of being in any given classroom in your building?  Do the students feel safe from bullies?  Do the students feel comfortable exhibiting their brilliance without negative consequences and ridicule from their peers?  Students can learn and perform best when they can feel good about being in their classrooms. Teachers must therefore be able to gauge anything that could trigger negative emotions in the classroom.

What do they experience?
Is learning fun, stimulating, engaging, yet rigorous and relevant in your classrooms? Does the teacher go beyond teaching and learning to create memorable learning experiences for all of the students?  Will the experiences be so meaningful to the students academic growth and development that the students continue to recall them 20, 30, 40 years later, and even attribute their success to the experiences that they had in the classroom?

B.  Attitude toward Students
The Attitude toward Students strand asks the question, “Do I believe in them?” Toward creating a climate and culture conducive to closing the attitude gap, it is imperative that teachers demonstrate to students that they believe in them; despite the behaviors that students might exhibit and despite the challenges and obstacles that the students might be confronted with. In order to perform at optimal levels, students must have opportunities to be in learning environments with educators who believe that they can achieve excellence.

Toward creating a climate and culture conducive to closing the attitude gap, both principals and teachers must genuinely know and have healthy relationships with their students.

Toward creating a climate and culture conducive to closing the attitude gap, both principals and teachers must create a genuine learning environment of caring.

E.  Relevance in Instruction
The Relevance in Instruction Strand asks the question, “Do I realize who they are?” In urban school environments in particular, it is crucial that teaching and learning are culturally-relevant and culturally-responsive to the learner.  In other words, all of the students must be able to see themselves both historically and culturally in their lessons relative to ensuring that learning is in fact, culturally-relevant and culturally-responsive.  In urban learning environments in particular, students must be able to see how the learning that occurs during the day has relevance to their lives after the afternoon dismissal bell.  In order to effectively make this happen, teachers have to know their students.  In this instance, they have to know their students both historically and culturally in order to increase the probability that learning will be culturally relevant and responsive to all of the learners in the classroom.  Principals must therefore lead the effort of ensuring that their staff are providing culturally relevant and responsive instruction in their classrooms. 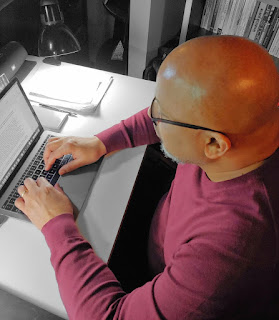