WELL OF COURSE THE PARENTS ARE NOT INVOLVED…….

The age old question in schools is “How do we get parents involved?” Stated differently, “How do we engage the parents of our students?” No matter where I travel in the U.S., I am confronted with this question almost 100% of time; particularly in urban and rural schools. The premise is that if parents were fully and actively involved and engaged, the probability for student classroom success would increase exponentially which includes improvement in classroom behavior and other intended outcomes. For the past thirty-plus years I have examined this question with a rather keen eye and I have come up with a variety of different conclusions. I will share a few here.

We Can’t Assume Anything
Typically when we ask how we can engage or involve parents, there is an underlying assumption that they are either not involved in their children’s lives academically or they don’t care. I have learned over the years that this is an invalid assumption and far from the truth with most of the parents out there, regardless of the life challenges that they may currently be contending with. They love their children and they want to be involved in their children’s lives. This I believe wholeheartedly. But I also believe that with many parents out there, their intentions are sound, but they simply don’t know what to do. They are unclear of their roles as facilitators of the educational process at home. They want to do what is necessary but may lack the right information or even the wherewithal. An informed parent for example might understand fully the power and the potency in reading to her child throughout the formative years of his life. The parent therefore reads to the child with a high level of intentionality daily. The uninformed parent for example may not understand nor realize the power and the potency of reading to her child daily for the simple reason that the parent didn’t experience being read to as a child and was never informed of its benefits as a parent. This doesn’t translate into the parent not wanting to be involved nor being a bad parent. It simply means that the parent is uninformed. If at the school level, we make the assumption that the parent is not involved because she doesn’t care, in this scenario, our assumption is misplaced and invalid.

Looked at differently, the parent may have had bad experiences in school as a child and now as an adult, is nowhere near walking in her life’s passion or purpose. This parent is now consequently disenchanted with the school…or the educational process for her child…not because of anything her child’s school has done but because of her own bad experience with school when she was a youngster. This parent may feel that “education didn’t do much for me so why would I expect it will do much for my child. Case in point – my “story” is widely known. I had “issues” as a high school student which resulted in me attending four different high schools over five years and graduating in my fifth year with a 1.5 GPA. I didn’t see the correlation between effort at school and success later on in my adult life so I did close to nothing in those four schools AND NO TEACHER, COUNSELOR OR ADMINISTRATOR CONNECTED WITH ME NOR MADE THE ATTEMPT TO RESCUE ME FROM MYSELF. I subsequently went on to junior college just to spend five additional years at this two-year institution as a full time student and never graduating…I seldom went to class because I still didn’t see the correlation between effort at the school and success later on in my adult life. I never recovered from my high school experience and it spilled right into my junior college experience. Ten years wasted! I subsequently enrolled in a four year college and graduated Summa Cum Laude over the two years that I was there….I had a complete shift in attitude. My point, when I later became a parent of three children, I was an involved and engaged parent but I viewed their schools with suspicion. Here I was a successful teacher (NJ Teacher of the Year finalist), a successful principal (turnaround principal) but I lacked trust in the schools that my children attended BECAUSE of my own personal experience as a school-aged student.

I am arguing here that there are many parents who carry the same suspicion toward their children’s schools because of their own less than favorable experiences as students when they were children. In their eyes, “school failed me so what is it going to do for my child.” The parent therefore distances himself from the school and it appears that the parent doesn’t care when in reality, the parent wholehearted cares but it just isn’t blatantly apparent to school personnel.

What can you do?
As the teacher, administrator, counselor, etc., it is imperative that as thoroughly as you possibly can, put yourself in the shoes of your students’ parents. Similarly to the classroom where you must strive to always be culturally-responsive, culturally-relevant, culturally-sensitive and equitable toward your students, the same intent must apply to your students’ parents. Your students cannot afford for you to make assumptions about their parents intentions without further exploring the “why?’ There could be very valid reasons why a parent is not coming to meetings or inaccessible for example. As teacher, you have to want to know why. Culturally speaking, you have to ask yourself if you are looking at the parent through your own lens (which may be biased culturally) or are you meeting parents where they are and looking at their situation through THEIR lens. There’s a difference and it is dramatic.

Parents can and will be involved when school personnel put themselves in the shoes of parents and dare to look at the school through their lens. In order to understand anyone, you have to put yourself in their shoes…empathy. This requires then that not only are we culturally-responsive in the classroom with children, but we strive to be culturally-responsive with our children’s parents as well. 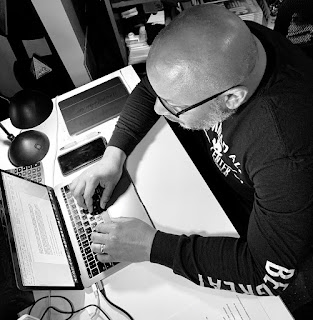